The History of ECPI University Founded in Norfolk, Virginia in 1966, ECPI University demonstrated early on its commitment to forward-thinking, market-based curriculum in an accelerated format and being among the first to offer classes in the growing field of computer programming. The name – ECPI – stands for East Coast Polytechnic Institute, signifying its origin and ongoing commitment to technological advancement in all fields of study.

For nearly half a century, ECPI University was established as a career oriented student centered institution and pursued a path of addressing the needs of students and employers in Virginia, North Carolina, and South Carolina.

During this time, ECPI University has established a reputation for integrating high-quality instruction with hands on application-based learning. The result: graduates who are job ready for entry level positions in STEM – H careers.

Classes continue to be small, and are led by faculty members that possess both professional experience and academic credentials. Successful student outcomes, including student graduation rates and program-related employment, have always been and continue to be of primary importance. Here’s a brief look at ECPI University’s growth and development through the years:

1966 ECPI begins offering programs in computer science and programming with a focus on accelerated education to have students get into careers in the shortest amount of time.

1992 Programs are expanded to include Health Sciences, including degrees in nursing, medical assisting, and medical administration.

1998 The school is accredited by the Commission on Colleges of the Southern Association of Colleges and Schools to award associate degrees in the areas of electronic engineering technology, computer science, information technology, nursing, medical assisting, and medical administration.

2004 Following reaffirmation, ECPI is accredited by the Commission on Colleges of the Southern Association of Colleges and Schools to award baccalaureate degrees.

2005 Additional baccalaureate degree programs and the use of distance learning technology (online ) are approved by the Commission on Colleges of the Southern Association of Colleges and Schools.

2011 ECPI attains University status and is accredited by the Commission on Colleges of the Southern Association of Colleges and Schools to offer a Master of Science Degree in Information Systems.

Today ECPI University has emerged as a leading career university, defined by its commitment to a student centered environment including hands-on learning, small classes, accelerated degrees , superior student services, flexible scheduling, and relationships with strategic partners. Most notably, it maintains very important ties with some of the nation’s leading employers. They not only hire graduates, but also sit on Academic Advisory Boards. Twice yearly, these board members meet to review curriculum and ensure that it meets the requirements of the workplace.

ECPI University’s strategic partnerships provide the dual benefit of maintaining academic integrity and value for its graduates who can be uniquely-qualified to meet employer needs. It’s an approach to education that has stood the test of time. To date, the University has provided employment services to more than 3,800 different employers, some of which are among America’s largest, including AT & T Government Solutions, BMW Manufacturing Co., Computer Sciences Corporation, Lockheed Martin, Cox Communications, General Dynamics, Rolls-Royce, Hewlett-Packard, Sentara Healthcare, Boeing, Verizon, STIHL, Harris IT, Northrup Grumman, Canon Information Technology Services, and L-3 Communications. 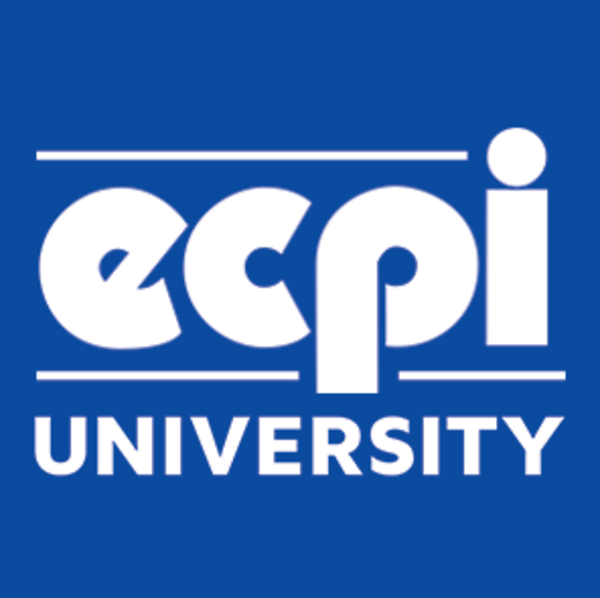