By Elan Enriquez, Director of Strategic Partnerships and Communications 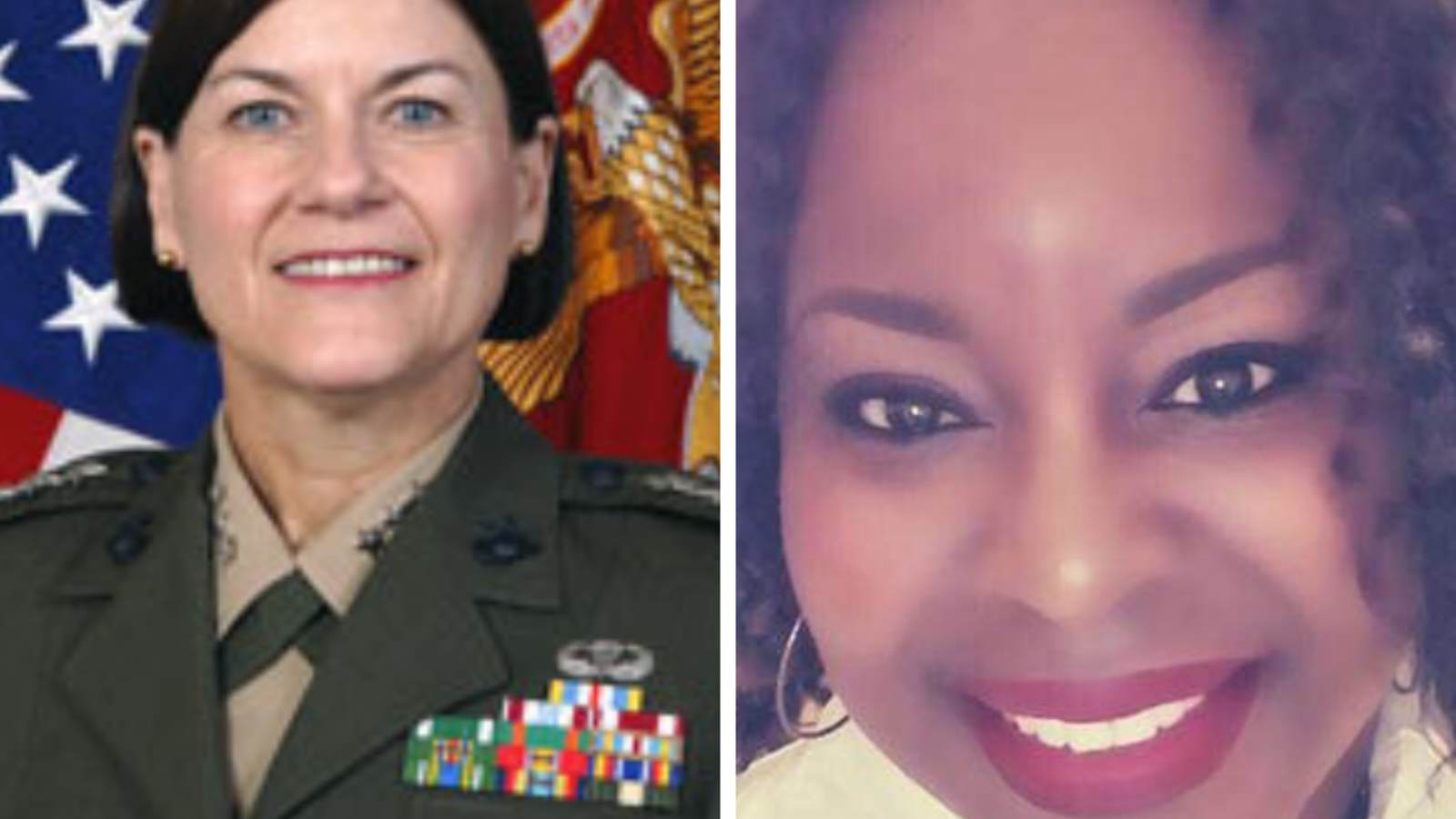 At USOHRCV, we celebrate the accomplishments and contributions of women in our armed services every day. Here’s a quick snapshot of just two of the influential women who help us with our mission of strengthening America’s service members by keeping them connected to family, home, and country, throughout their service to our nation.

LtGen Frances C. Wilson served on USOHRCV’s Board of Directors for many years following her retirement from the United States Marine Corps. She commissioned as a 2LT in November 1972, following completion of the USMC Women Officer Basic School where she was an Honor Graduate and recipient of the Leadership Award.

Her sister Mary O’Donnel is a retired USCG Rear Admiral, who in 2002, became the first woman appointed to the rank of Rear Admiral in the USCG Reserves. At the time of RADM O’Donnell’s retirement in 2004, the sisters were the highest-ranking siblings in the US Military.

Wilson served as the first female Chair on the USOHRCV Board of Directors in 2012.

PO1 Alexander spent 22 years on active duty in the US Coast Guard. She spent her final tour of duty as the Operations Specialist in the Coast Guard Command Center where she assisted with search and rescue operations and instructed younger guardsmen on the protocol and standard operating procedures of working in a command center.

“As a woman, I experienced challenging days, but I always knew I had support around me,” said Alexander. “Support from my fellow women, and men who believed in me.”

To cope with daily challenges and stressors associated with military life, PO1 Alexander volunteered on many committees that addressed life skills and challenges faced by young male and female guardsmen, separated from home and their loved ones for the first time. “Volunteering helped me create balance in my life. I now encourage all service members to volunteer whenever and however they can.”

Today, Alexander continues her lessons in leadership and mentorship to young service members as the Center Director of the USO Center at Fort Eustis. She has been an invaluable member of team USOHRCV since January 2014.