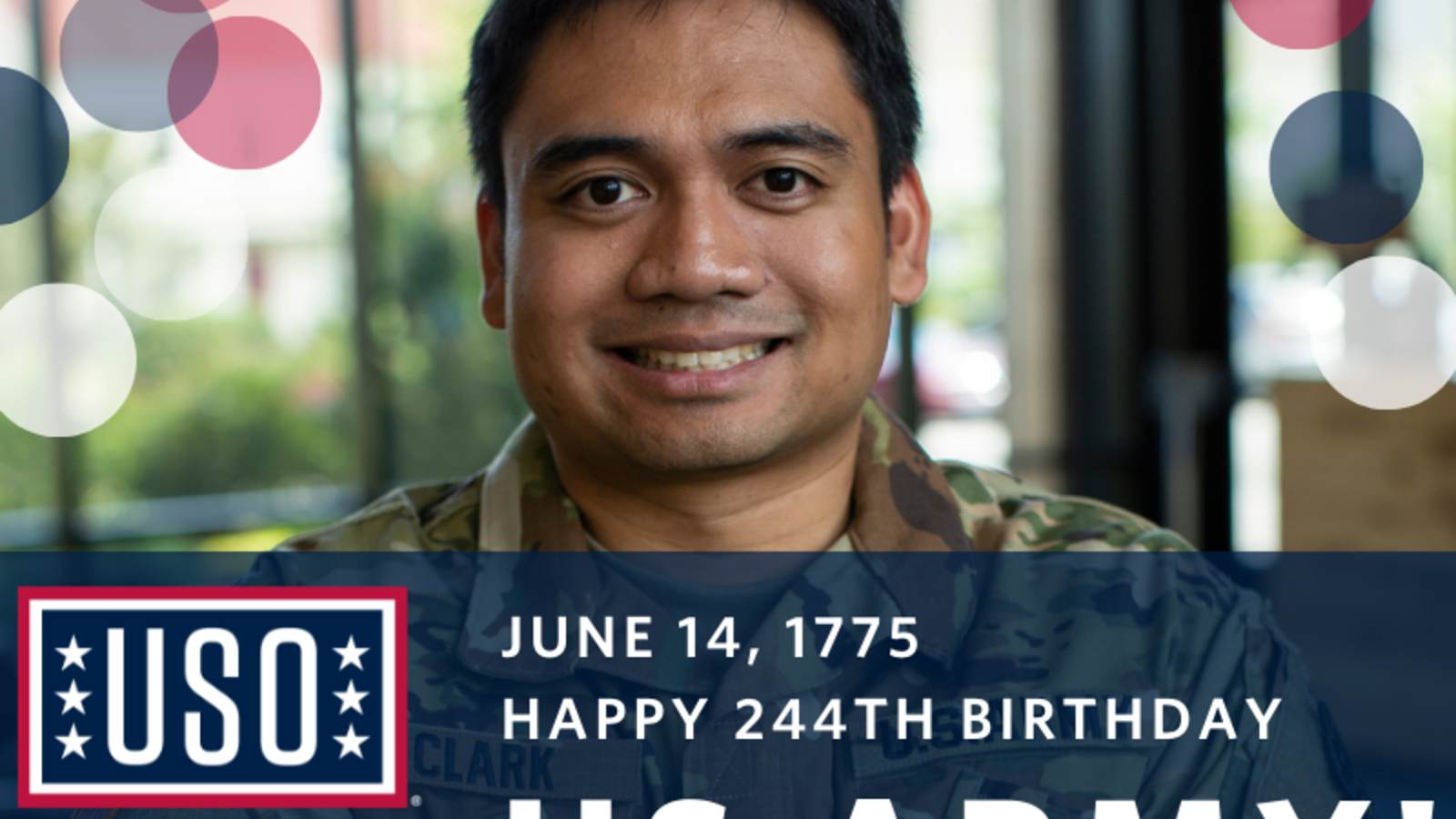 #2. More than half of the men elected President of the United States - 24 to be exact - have worn the Army’s uniform.

#3. The USO has been helping soldiers since its inception. Here’s one Tuskegee Airman’s story of how a USO tour director helped him in the face of racism.

#4. The Army was the last branch to adopt an official song, declaring “The Army Goes Rolling Along” as its official tune in 1956. (You can download it here.)

#5. The United States Army as we know it today was founded June 14, 1775, when the First Continental Congress OK’d the enlistment of soldiers to serve the united American colonies.

#6. Francis Marion - known as “The Swamp Fox” - headed a group of Revolutionary War-era Army Rangers known as Marion’s Partisans. He is also credited with creating modern guerrilla warfare, which was key to the American victory against the British. #7. Pvt. James Buchanan was the only president who served in the Army who didn’t become an officer.

#8. June 14 is also Flag Day. Officially adopted in 1916, the first iteration of the American flag was actually authorized by the Second Continental Congress on June 14, 1777.

#9. The Army is marginally responsible for inventing the microwave. A World War II engineer at Raytheon realized radiation from radar - which the Army was using to scan for enemy missiles - could be used to heat products, too.

#10. Galusha Pennypacker is widely recognized as the youngest general in Army history, earning a promotion to brevet brigadier general at the age of 20 during the Civil War.

#11. The USO helps out modern soldiers in a host of ways beyond snacks and a place to snooze. If you’re transitioning, check out USO Pathfinder!

#12. The Army likes to name its helicopters in honor of Native American tribes. Gen Hamilton Howze, one of the pioneers of air-mobile warfare took his inspiration from Warrior Tribes.

#14. Gen. Henry “Hap” Arnold is the only person to be promoted to the rank of five-star general in two different branches – the Army and the Air Force.

#15. The Lewis and Clark Expedition was actually an Army campaign to map and discover the geographic secrets of the continent.

#16. Robert E. Lee famously graduated from West Point in 1829 with zero demerits. He’s often given credit for being the only person to pull off the feat. But according to at least one researched column in the Topeka Capital-Journal, Lee actually graduated second in his class behind a man named Charles Mason, who also equaled Lee’s zero demerits feat.

#17. For the sake of comparison, Gen. of the Army Dwight D. Eisenhower graduated with 307 demerits, according to the same story. (He turned out alright, though.)

#18. Eisenhower was the last general from any branch to be elected president.

#19. Bob Neyland graduated West Point in 1916 and is still the baseball team’s all-time leader in pitching victories (35). Neyland was also a boxer and – perhaps most famously – went on to coach the University of Tennessee’s football team. The school’s football stadium is named after him.

#20. Speaking of football, Army was once a national power. They won a piece of three straight national championships between 1944 and 1946.

#21. The Old Guard still keeps watch over the Tomb of the Unknowns.

#22. Fort Eustis is home to the 7th Transportation Brigade which was activated on July 1, 1966. It’s currently one of the Army’s most deployed brigades.

#23. In 1946, the US War Department announced that Camp Lee would be retained as a center for Quartermaster training. Official recognition of its permanent status was obtained in 1950 and the post was redesignated as Fort Lee.

#24. In 2013, Fort Lee unveiled the first full-sized statue of a female servicewoman commemorating the contributions of female soldiers to the Army.