By By Erica Venezuela 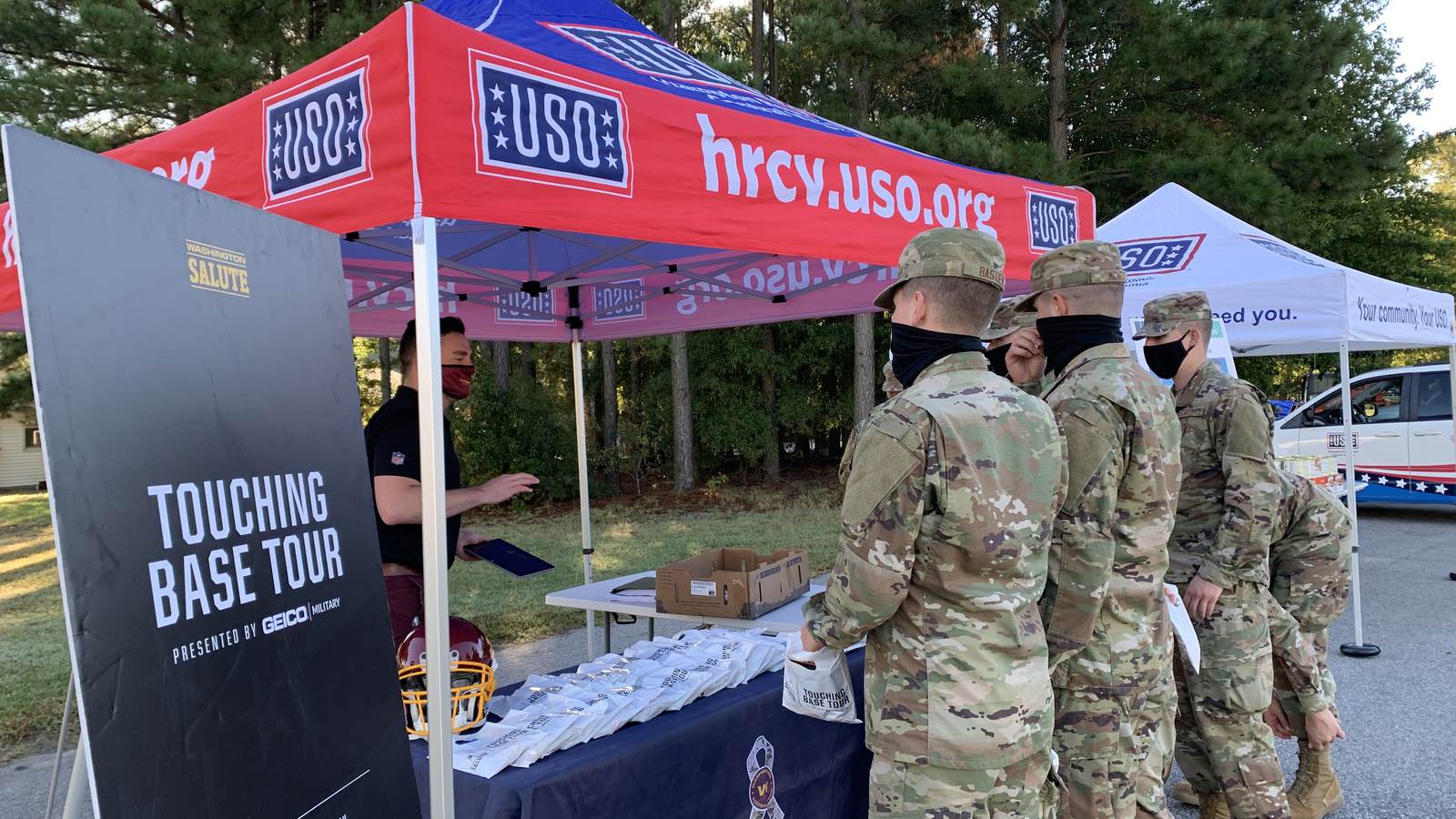 Since 1966, the NFL and USO have been aligned in partnership, committed to honoring and celebrating our service members and their families year-round through the Salute to Service platform. Through the lens of football, we collectively strive to keep our service members connected to the things they hold dear; family, home and country.

Their mission: to connect with 1,500 service members and thank them for their service throughout the COVID-19 pandemic.

Their first stop in the Hampton Roads and Central Virginia area was the USO Fort Lee Center on October 14, 2020. Members of Washington Salute, along with USOHRCV staff and volunteers distributed the appreciation packages and USOHRCV goodies through a drive-thru style pick-up or socially distanced walk-by fashion. 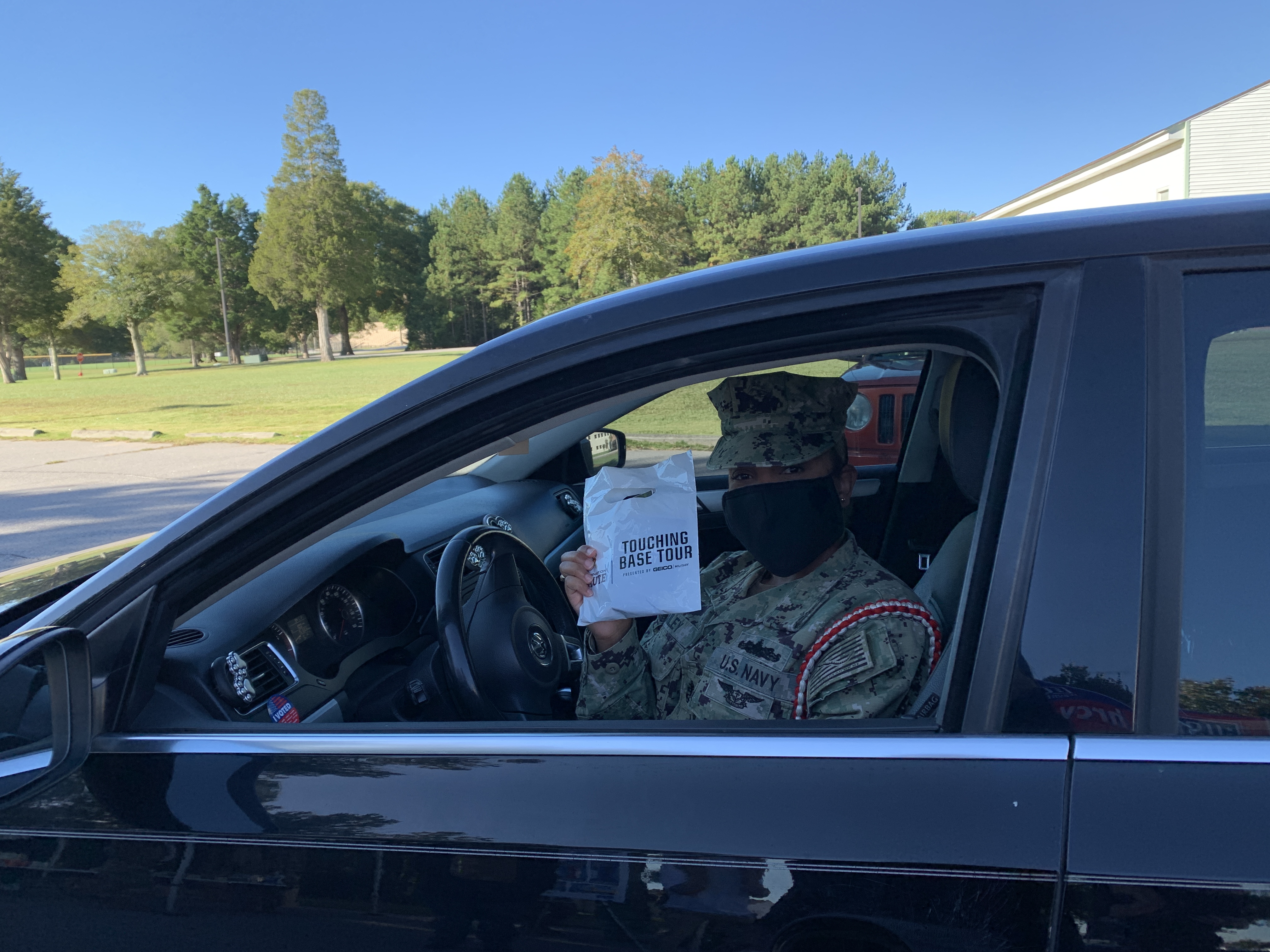 The next stop on the installation was the Kenner Army Health clinic, offering the appreciation packages for essential personnel who could not stop by during their work hours! 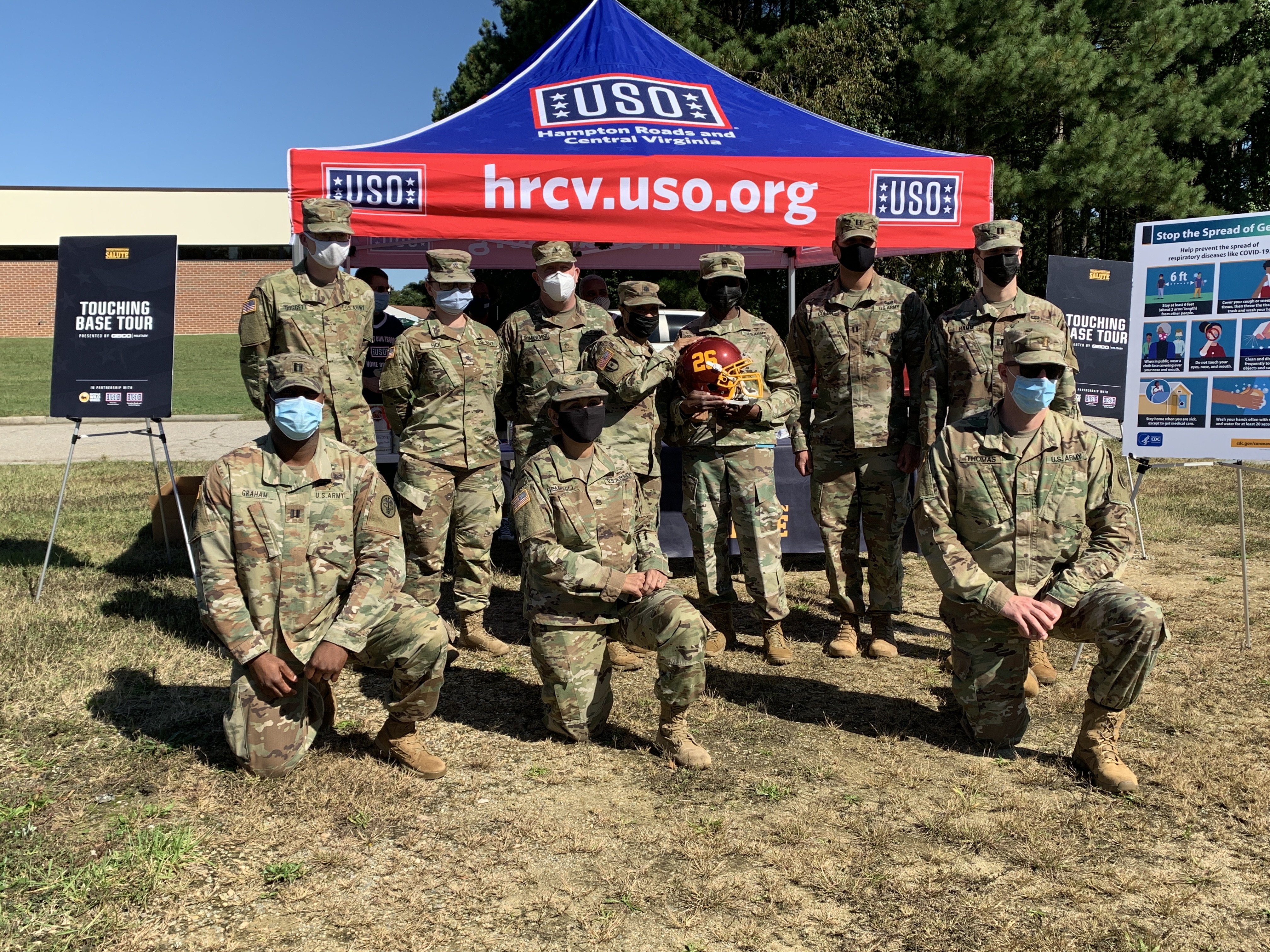 The next three stops of the tour occurred on November 2, 2020. That day, USO Fort Eustis was the first stop, with about 150 service members stopping by the center to receive their packages. 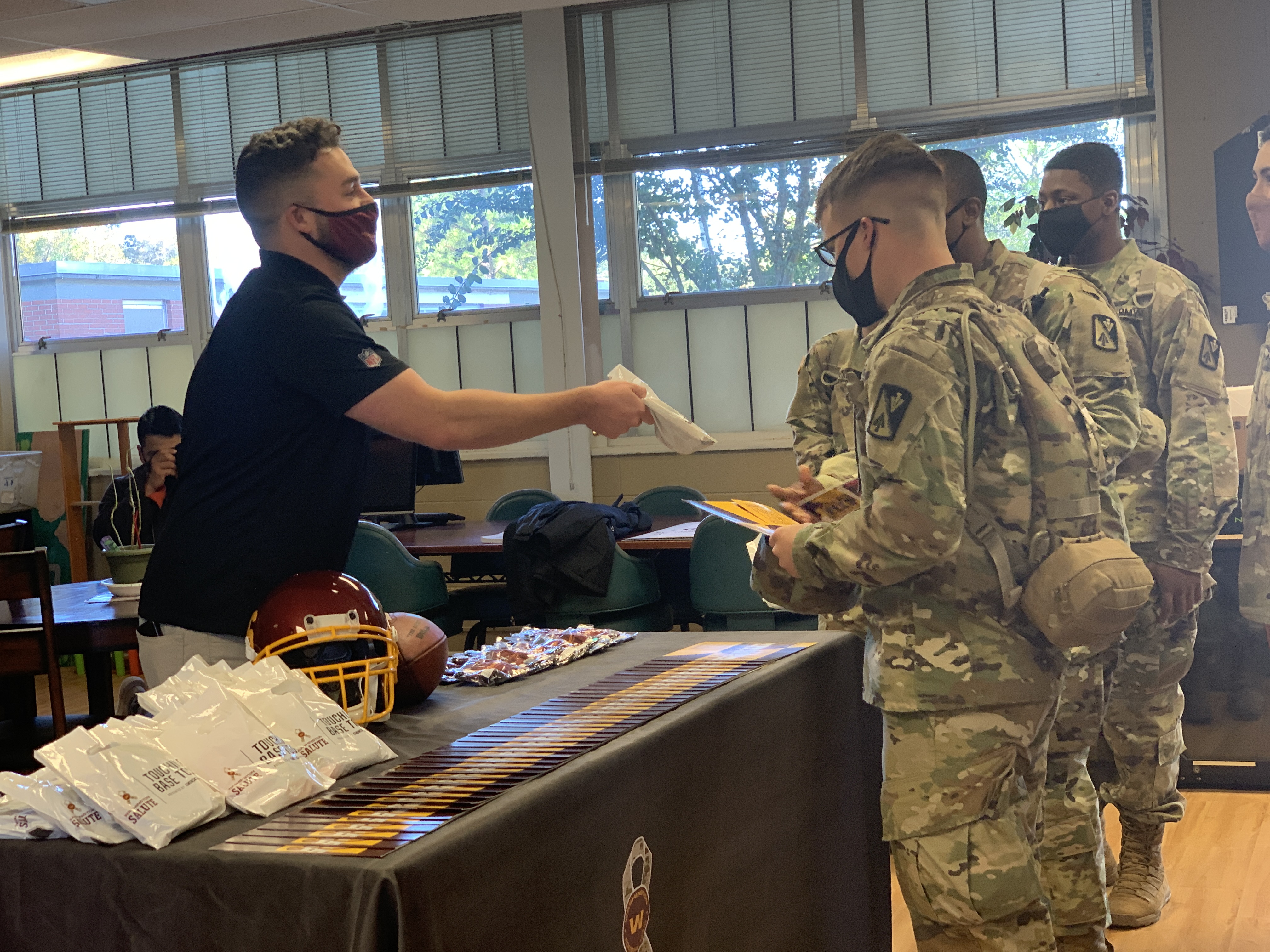 USO Langley AFB was the next stop, where the team met someone who named himself, the biggest Washington Football Fan in the area. 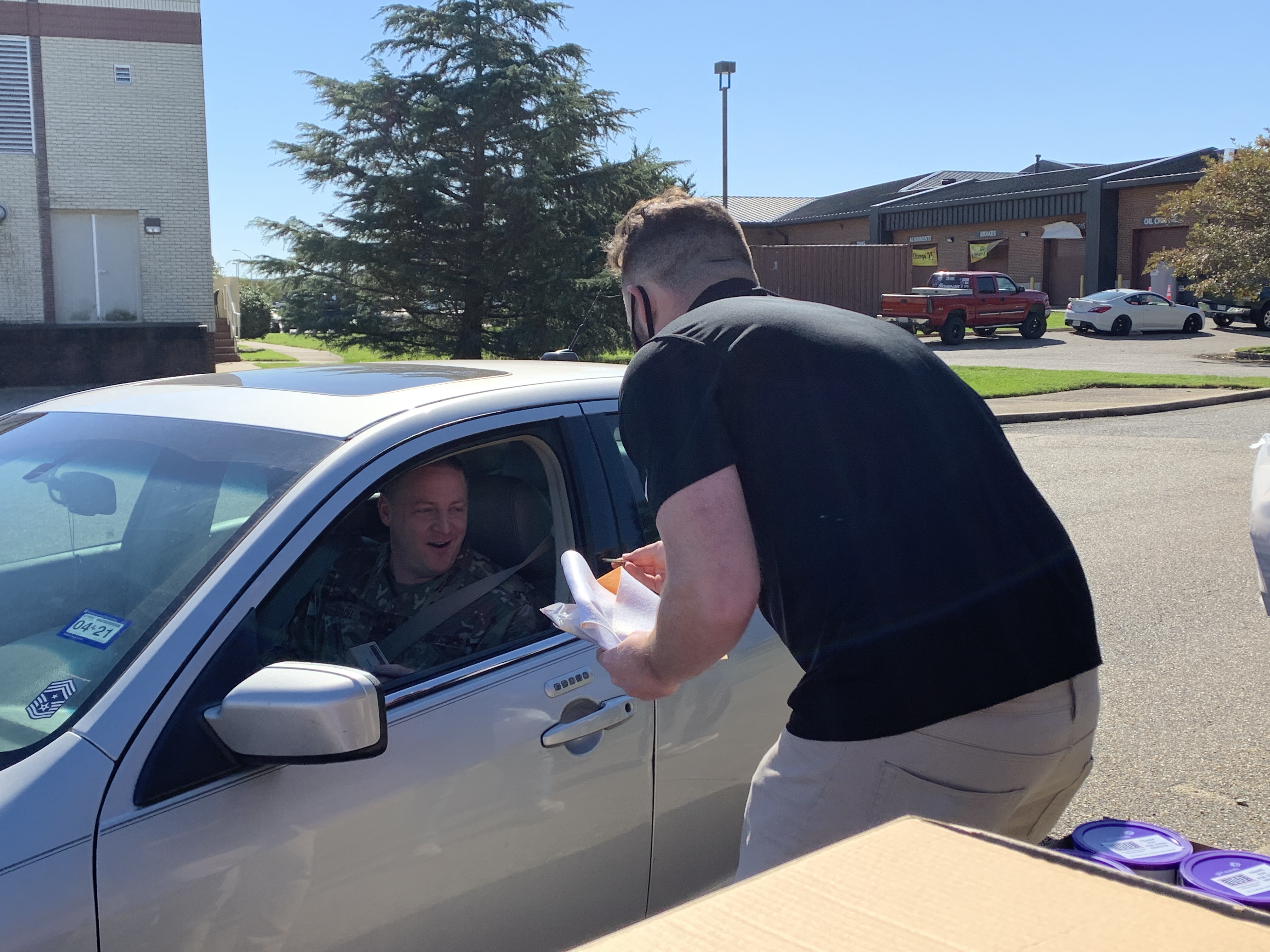 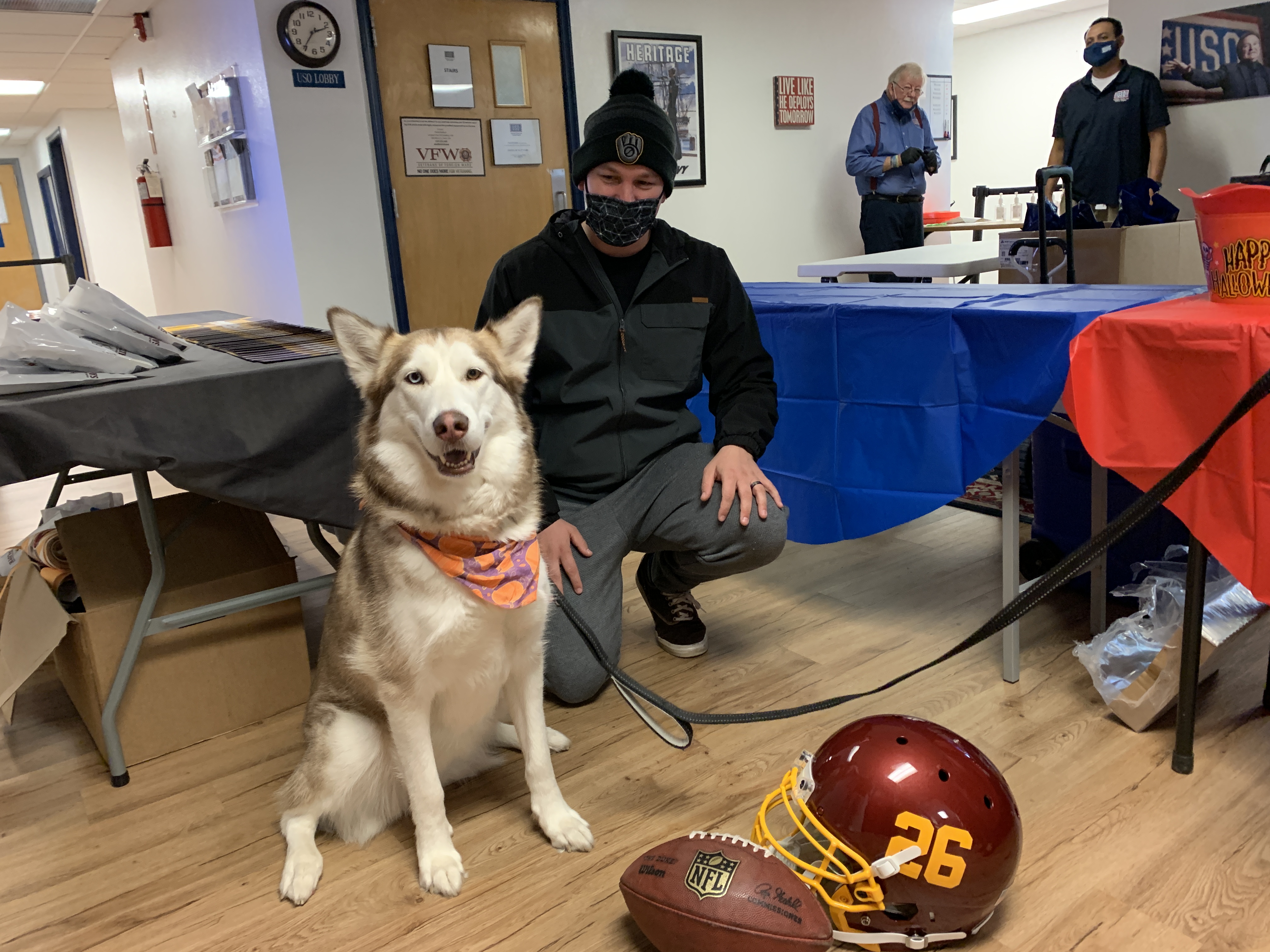 Through local USO center engagements, USO2GO, the player ambassador program, flag football initiatives, and NFL talent tours, the USO’s partnership with the NFL continues its legacy of keeping service members connected to family, home and country through the sport of football.

Thank you Washington Football Salute for Being a Force Behind the Forces!