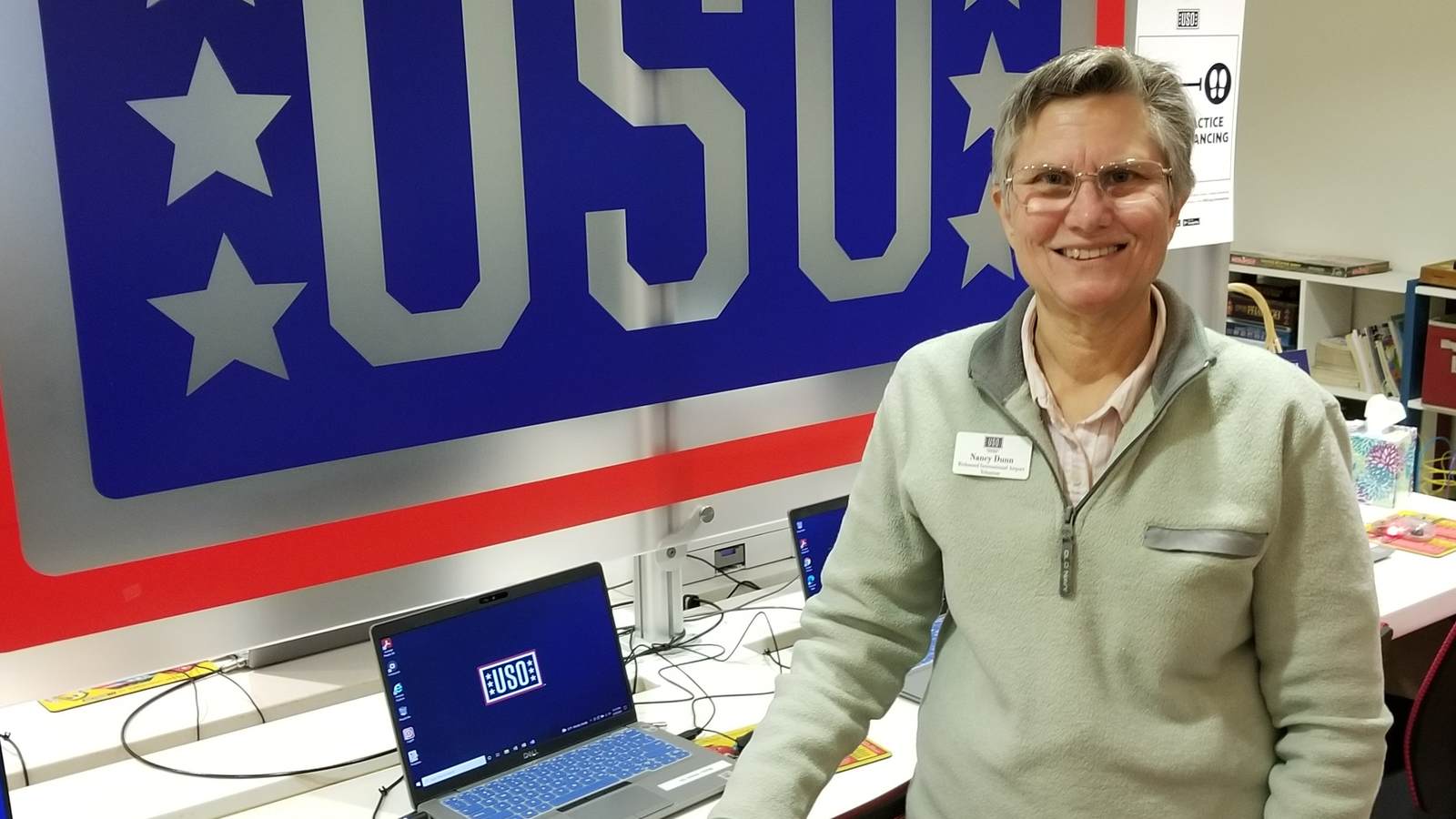 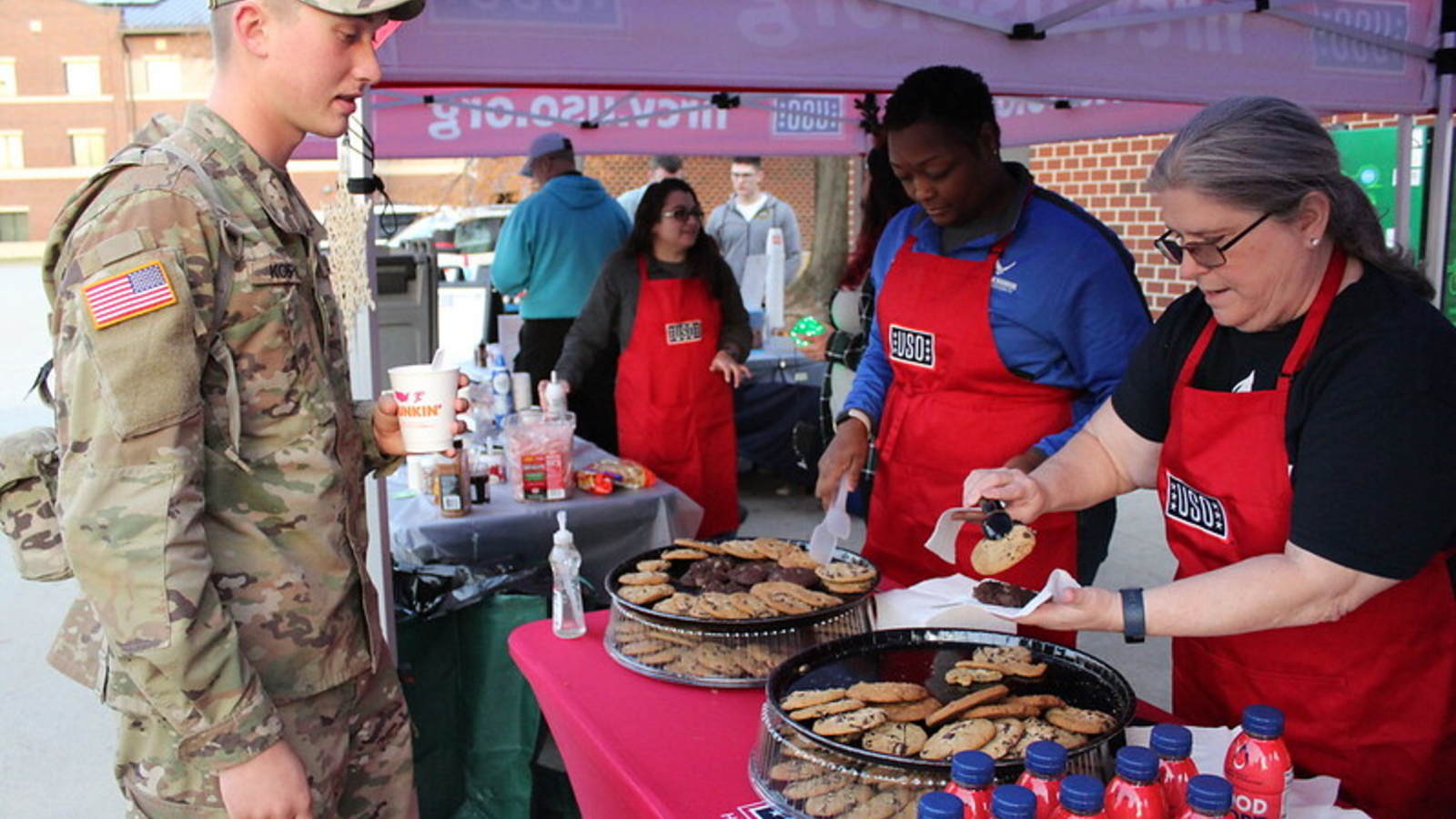 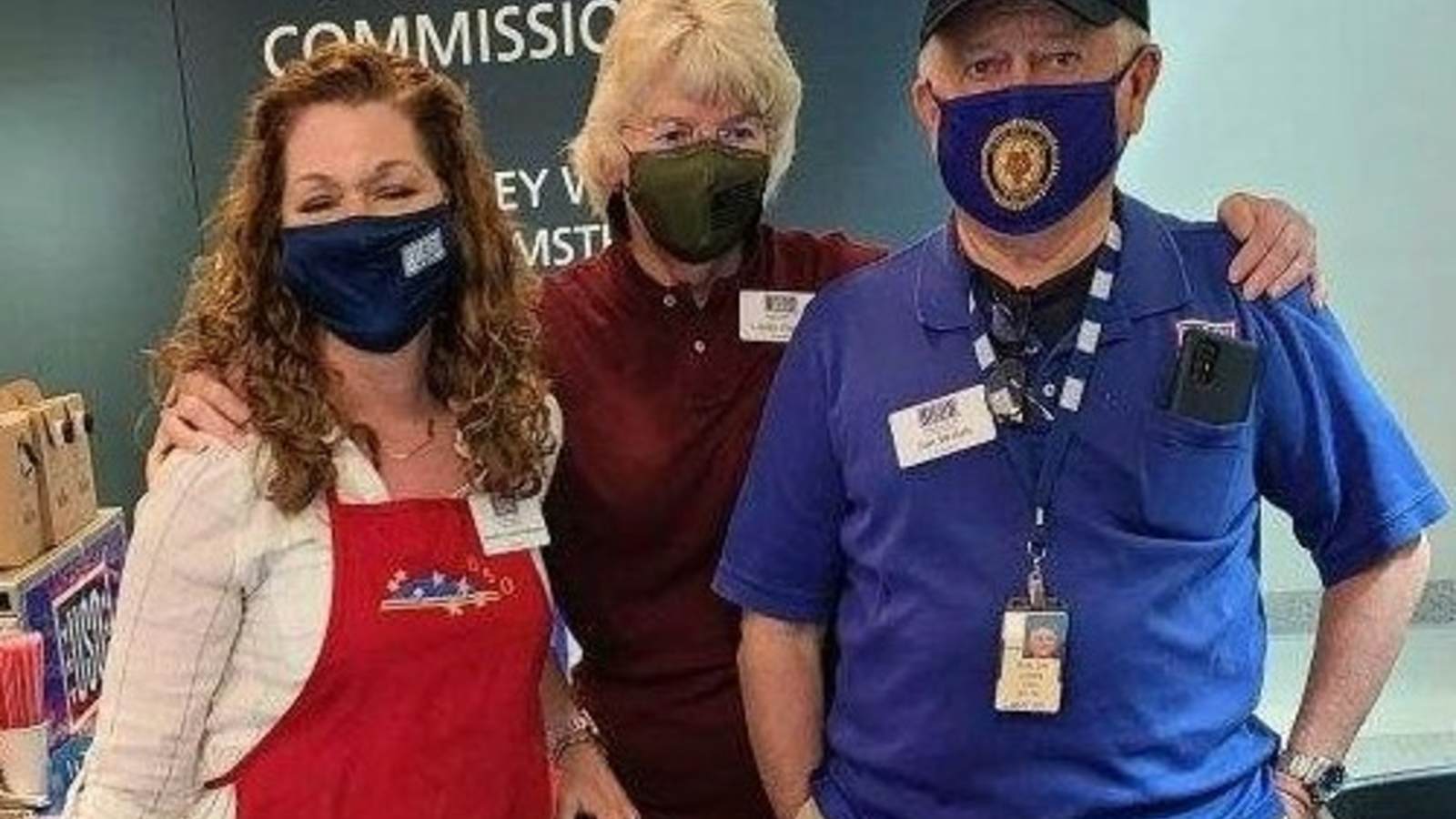 There are countless ways volunteers support the USO of Hampton Roads and Central Virginia, but they are all unified with a dedication to our service members and their families. Whether it’s helping at a special event, greeting and cheering at homecomings, working the front desk at one of the centers, or providing a listening ear, our volunteers are the reason service members know they can count on the USO. Become a Force Behind the Forces® today!

Jim Walsh is going on 12 years as a Volunteer at the USO center at the Richmond International Airport. He is a member of the American Legion and in 2010 when the USO center first opened USO representatives were present at the American legion trying to recruit volunteers. Since Walsh is a US Navy veteran, he figured it would be the perfect opportunity for him. Walsh’s sign-up process was fairly easy including filling out some information on website use and being put in contact with the center director. Walsh volunteers twice a week typically at the Richmond International Airport.

Before the Covid pandemic, Walsh enjoyed volunteering during the night shift as he is a night owl. One of his favorite memories was during Block Leave during Christmas. He recalls standing in a small corner and would toast and bagels to give out to people that would pass by. One of the volunteers would cook sausage and cheese on a grill, as soon as Walsh got the toast or the bagel, he would put the sausage and cheese on it and serve it. “The most rewarding part of volunteering for USO is when the troops are walking out the door and they say thanks a lot for being here and we are always thanking them for their service,” Walsh said. “The dual appreciation is vital.”

Walsh is a member of the Dignified Transfer Team which provides escort to the families of the fallen service members for plane-side honors. He feels like a member of the community. “It allows me to provide intimate moments with family members who have lost their loved ones during combat,” he said. “Being a part of this intimate moment has given me a bigger perspective on life to bring closure to families to those who have fallen.”

When people ask Walsh if he is going to be busy at the USO center, he frequently refers to a popular line from the movie “Forest Gump”…“Life is like a box of chocolates, you never know what you’re going to get.”

Nancy Dunn is another volunteer there and currently is in her 4th year of volunteering at the Richmond International Airport USO center. Dunn found her interest in the USO back when she was on active duty in Guam. She was asked by a member of the hospital staff to escort a musical rock group that had come to perform. She drove them around to each venue and interacted with them.

This left a great first impression of the USO for her. When asked about what the most rewarding thing is about volunteering for the USO, she responded, “Meeting and talking to service members, answering their questions, and giving them advice.“ She said that after having her own experiences serving our country that she can now relate to service members even though they may be separated by generations.

Recently, the HRCV USO staff had a volunteer appreciation dinner in Virginia Beach for the southside area at Smart Mouth Brewing Company to thank them for all their hard work and many hours of service. They always make sure service members and their families are supported and get what they need at the centers. Two more appreciation dinners will be held on the Peninsula and in Richmond later this month.

To volunteer at a USO location in the HRCV area, please follow the link to sign up: https://hrcv.uso.org/support/volunteer