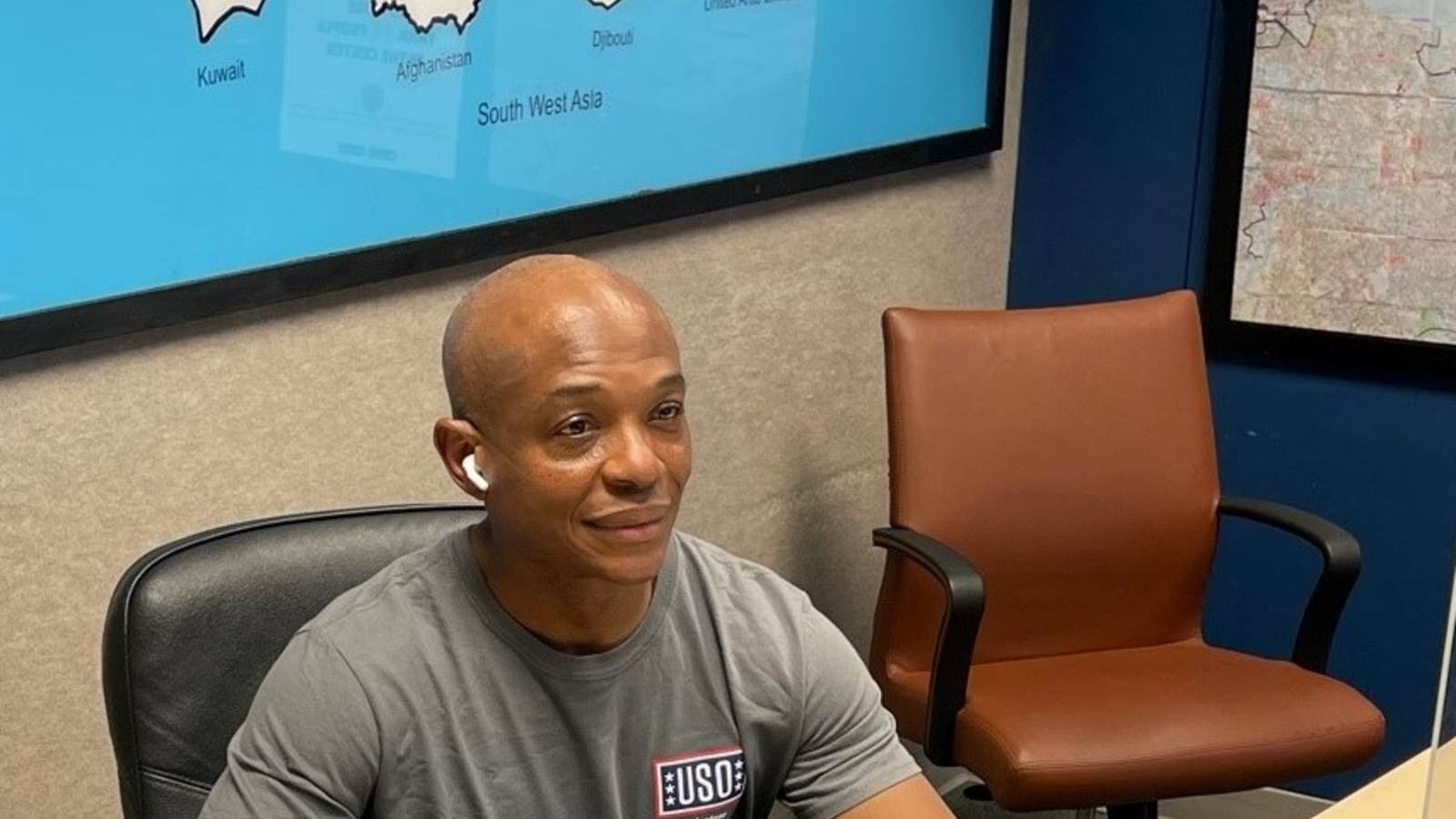 People all over the globe choose to volunteer with organizations or causes they are passionate about for many different reasons. Some volunteer to increase a skillset or knowledge for their own understanding or for job advancement, and others volunteer to mentor others through their experiences. Still, others volunteer to have a connection with community and make friends. For U.S. Navy Petty Officer second class John Ozobia, it is to give back to others through leadership and service.

Recently, Ozobia was selected as the USO Southeast Region’s Volunteer of the Quarter for 2022 for the first quarter. There are more than 3,500 volunteers from 10 states in the Southeast Region’s area of responsibility. Ozobia has served as a volunteer at the Norfolk International Airport’s (ORF) USO Center since October 2021. In that short time span, Ozobia has performed nearly 400 hours of volunteer service hours.

“There was no question who I was going to submit for this nomination,” said Len Friddle, US Navy, Captain, retired, and ORF USO of Hampton Roads and Central Virginia (HRCV) Center Operations Supervisor. “He has a great work ethic and is someone I can always rely on when he is on the schedule. If he is this squared away on the ship, he has a fantastic Navy career ahead of him.”

Ozobia was selected for his outstanding volunteer work, commitment, and support of the USO Mission Volunteer Operations. “He performs like a seasoned volunteer and is always asking what more he can do,” said Friddle. “The volunteers that open the Center in the morning after his shifts always tell me how nice it is to open the center after John has closed,” he said. “Everything is stocked and clean. John is a true professional and cares about what he does.”

Volunteering with the USO since his first duty station in Guam in 2010, Ozobia said he just loves volunteering. “I like helping people and giving back,” he said. “When you help someone and you see the frustration leave their face, it makes volunteering worth it.” Ozobia said there are benefits from learning from other volunteers too. “When I was in Guam, I learned how to restore wooden floors from another volunteer and I found out that it’s a craft I really love.”

Not only is Ozobia a wonderful volunteer. He’s also a mentor and leader. According to Friddle, Ozobia’s leadership is beyond reproach. “I’ve received four phone calls in the last three months from senior active-duty Petty Officers telling me how they witnessed John personally taking four very junior sailors under “his wing” and putting them at ease as he helped them get where they needed to be,” he said.

“It’s because of volunteers like John that we can serve our traveling military until midnight every night,” said Friddle. “He has trained 13 new volunteers in record time enabling them to be able to cover a shift alone when needed,” he said. “I’ve been told by three of the new volunteers John trained how he made them feel so comfortable volunteering and they thanked me for putting John as their trainer.”

The ORF USO Center is open 7 days a week from 9am-midnight. If you are interested in serving as volunteer at a USO Center or for special events in the Hampton Roads and Central Virginia area, please visit our website at https://hrcv.uso.org/support/volunteer.