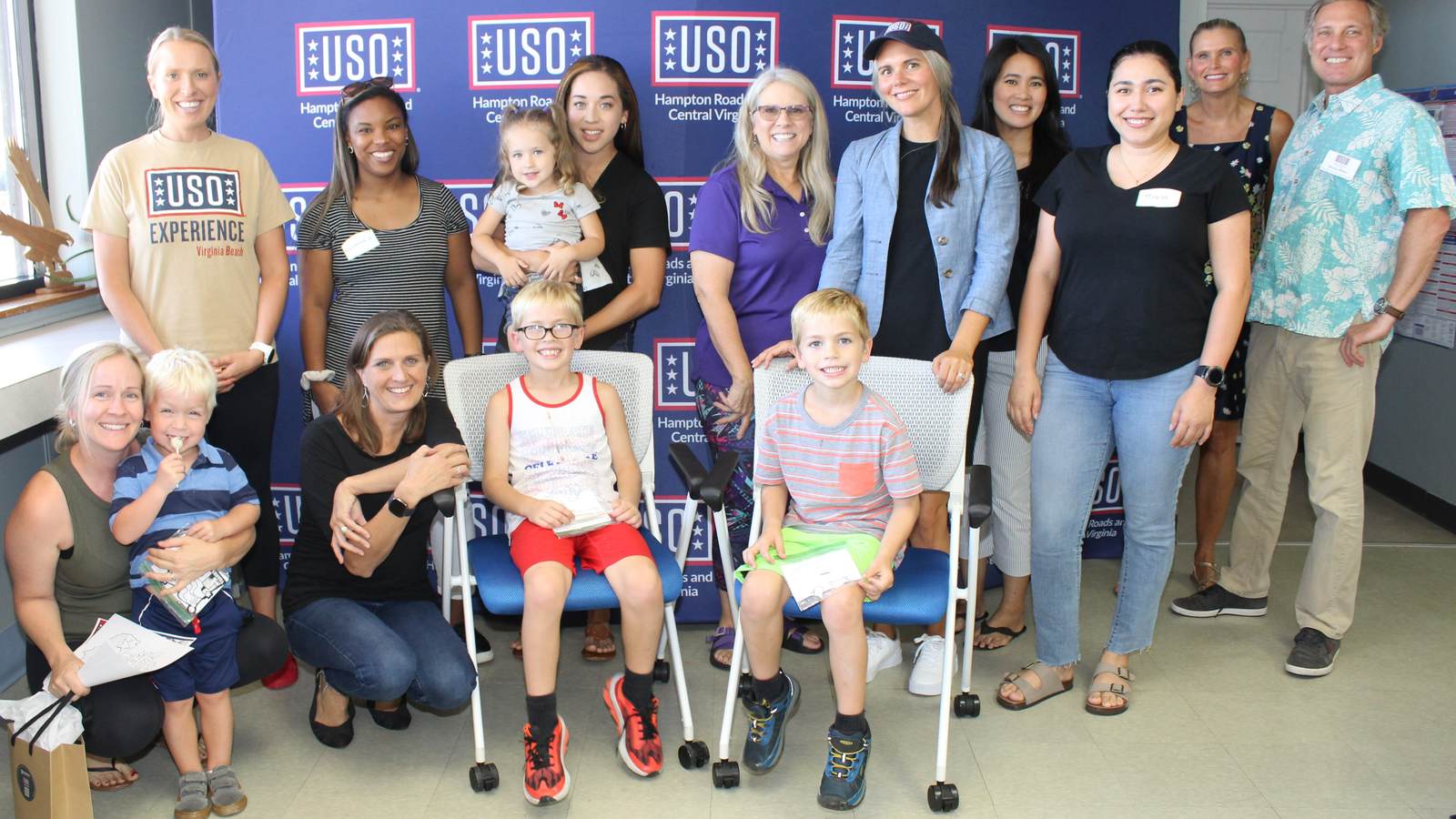 The average military spouse can move 8-12 times in the span of a 20-year military career, which often results in starting over in each location and dealing with the struggles of meeting new people and feeling a sense of community where they live.

This is why in 2016, the USO launched a worldwide initiative focusing on programs to strengthen and empower military spouses by connecting them to their communities through the USO’s Coffee Connections program.

This monthly program is targeted to support military spouses allowing them to share advice, learn about local events, make new friends, and feel a sense of community.

In addition to the already popular monthly Coffee Connections held at Fort Lee, Joint Base Langley-Eustis, and Naval Station Norfolk, the staff and volunteers with USO HRCV decided to reach even more military spouses by incorporating an ‘Expeditionary’ USO Coffee Connections program.

To reach more military spouses in the area, the USO HRCV Programs Director, Krystle Lipetzky, and Programs Coordinator, Tara Nichols, decided to take the coffee and conversation meet-and-greets on the road, moving the event to a different military installation each month that does not host a monthly event. Since HRCV supports all six military branches and is the home of the world’s largest Naval base, it seemed like an obvious choice. 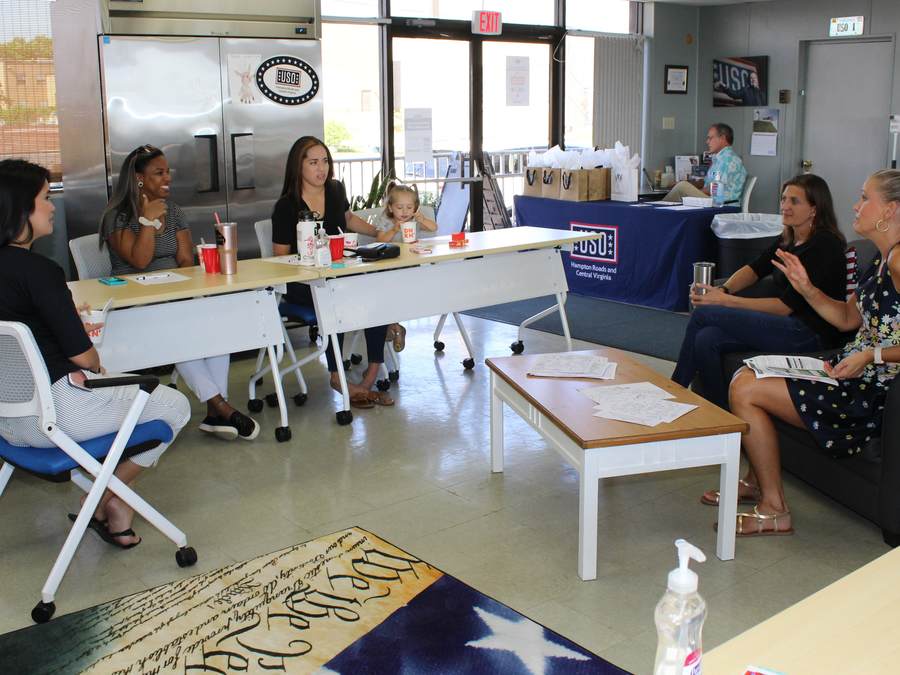 “Having attended Coffee Connections as a participant and being able to meet other spouses in the area, it was a delight and privilege to get to host them on behalf of the USO,” said Nichols. “The Coffee Connections really allow for spouses to connect with one another by being in a welcoming and engaging environment without the pressure of a large crowd or set agenda. I love attending and hosting.”

For one military spouse, USO Coffee Connections are a much-needed break for an already busy mom with another baby on the way.

“It was nice to get out of the house, have some adult interaction, and meet other spouses,” said Franchesca DesJardins. “I’m newer to the area and my husband has shore duty, so it’s harder to meet people.”

Some Coffee Connection events have arts or crafts in addition to the great coffee and conversation. Others have different food and beverage creations like red, white, and blue-covered strawberries. This event featured Humana Military Care Support Liaison, Lori Sumner, from Naval Medical Center Portsmouth, who answered questions on healthcare benefits and eligibility requirements. 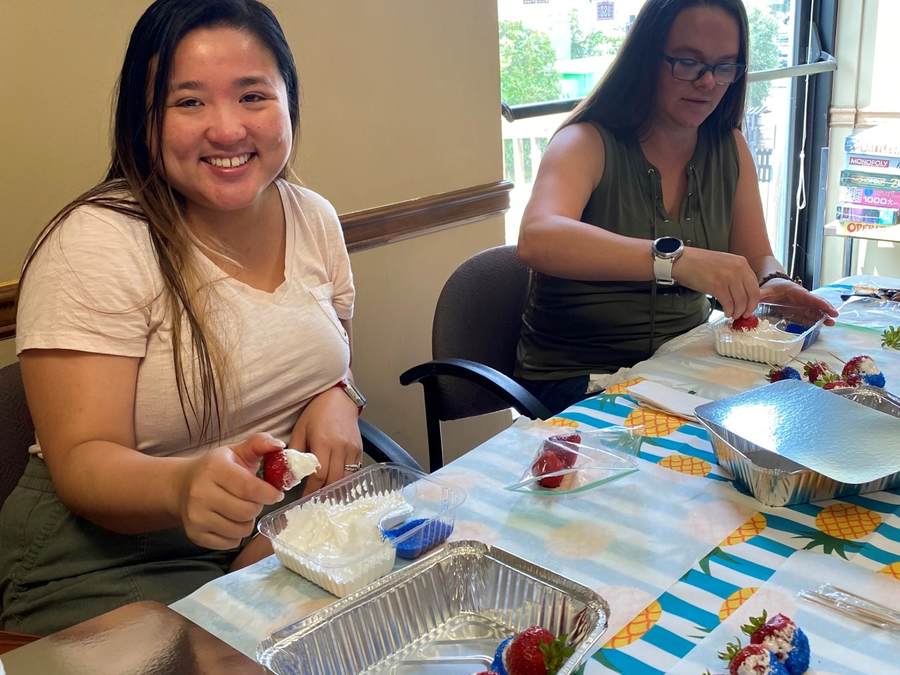 “I learned today that some things have changed with the benefits…primarily how to get your child enrolled in DEERS t’s been four years since our last child was born,” said DesJardins. “It was nice to get a head’s up that the process is different this time around.”

From frequent moves to the daily stress of living a military lifestyle, military spouses contend with a great deal of uncertainty supporting their loved one’s military career. However, they can always count on the USO for support no matter where their military journey takes them.

Be sure to stay connected with the USO HRCV team and all the future Expeditionary Coffee Connections and upcoming scheduled events by following the social media platforms: