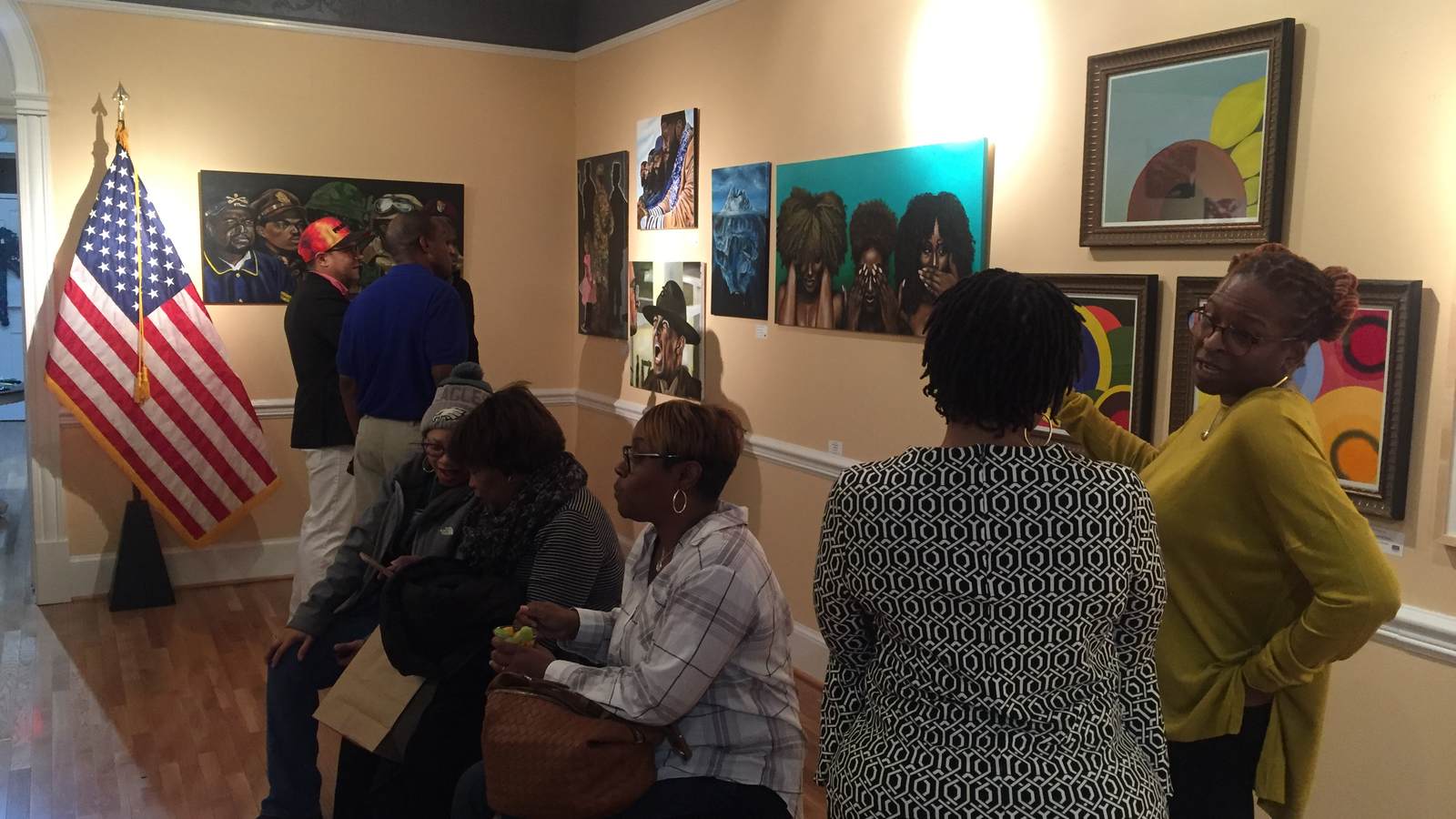 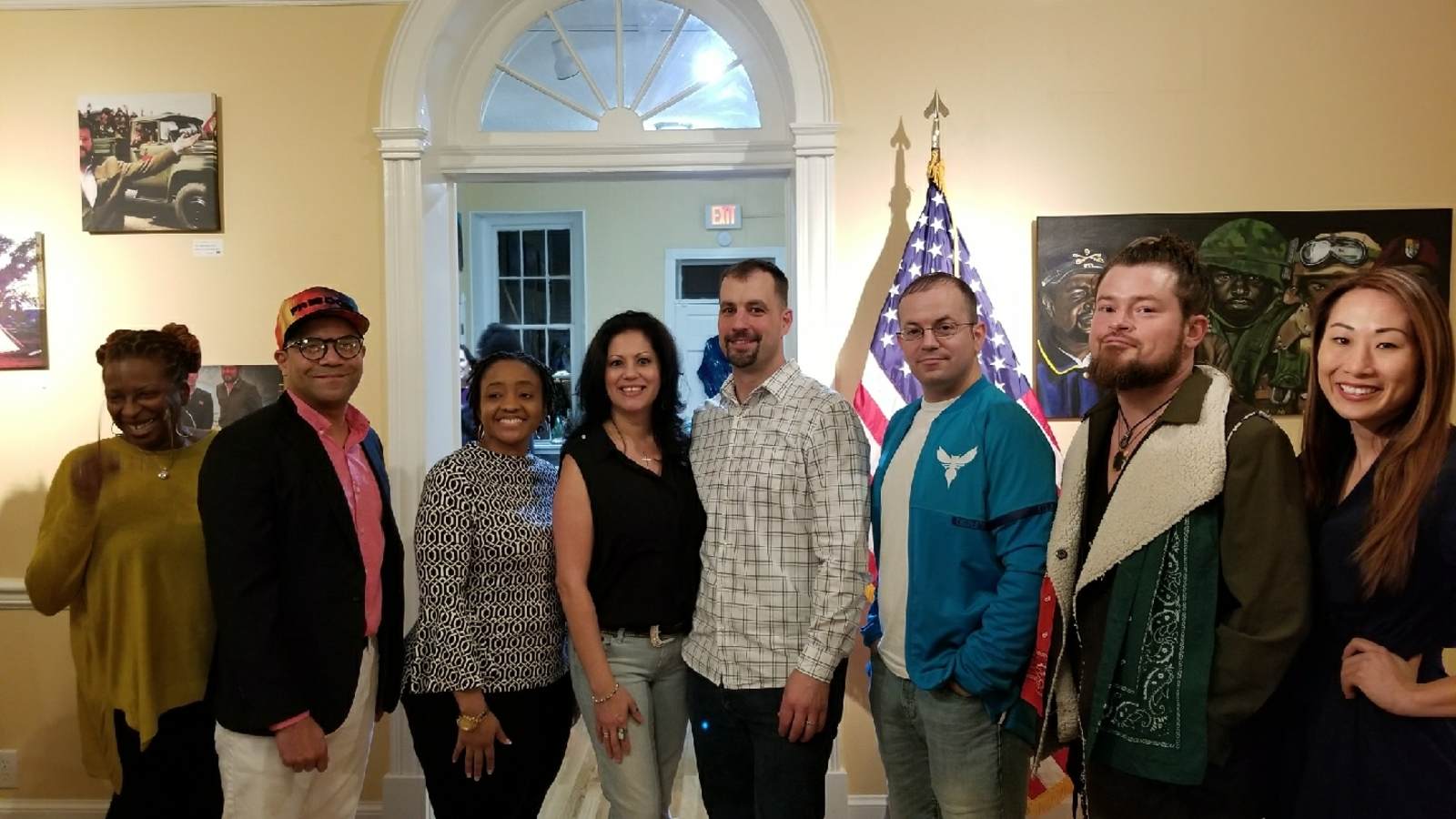 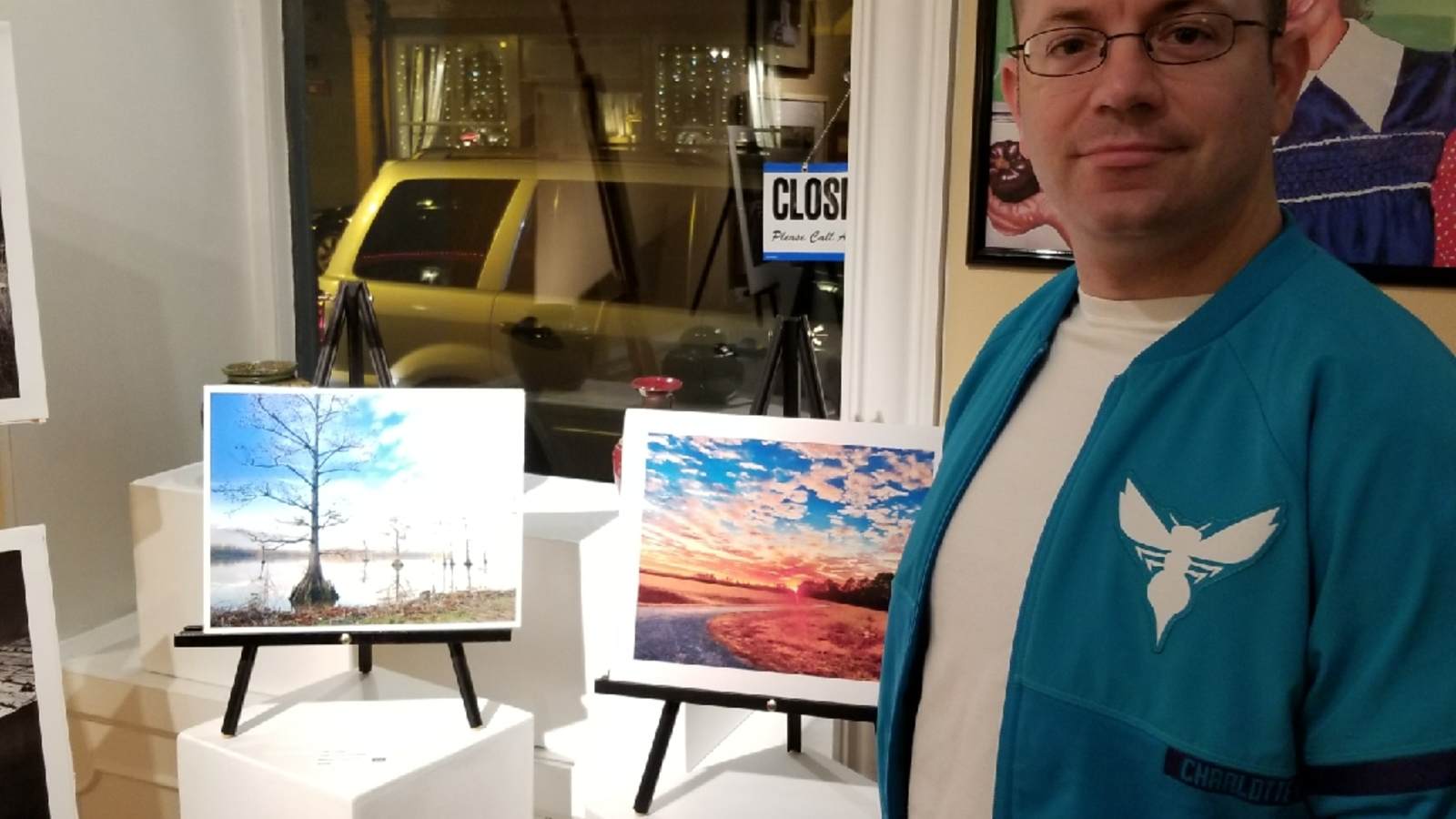 Artists who were active duty military or veteran status were welcomed to showcase work at this event. Several pieces were donated for sale, with proceeds benefiting the USO of Hampton Roads and Central Virginia.

“I’ve noticed around the area that there are a lot of active duty service members and veterans who are artists,” said Joey Northrop, owner of Morena Bohemia Art Gallery. “So I thought it was a great idea to bring attention to their talent, and in another way sponsor the USO of Hampton Roads and Central Virginia.”

Artists were invited to showcase pieces of their choosing to be offered up for auction or for sale to the general public. Many artists chose to donate pieces outright, with 100% of the proceeds from the sale benefiting the USO.

“I started volunteering at the USO and it was heaven sent,” said Concetta Wilson, a Fort Lee soldier who was medically discharged from the army in 2015. “As part of my volunteering, we would go to A.C. Moore and Michaels to keep us motivated and our spirits lifted, because myself and a few other service members, we were all getting out due to service-connected injuries. SO taking those trips, that would spark the flame.”

Wilson made three pieces for the exhibit and us currently an art student at the University of North Carolina at Pembroke.

The art exhibit will run through the end of February, proceeds from the sale of select pieces will benefit the USO of Hampton Roads and Central Virginia. Morena Bohemia Art Gallery is located at 23 W. Old Street, in Petersburg, VA.