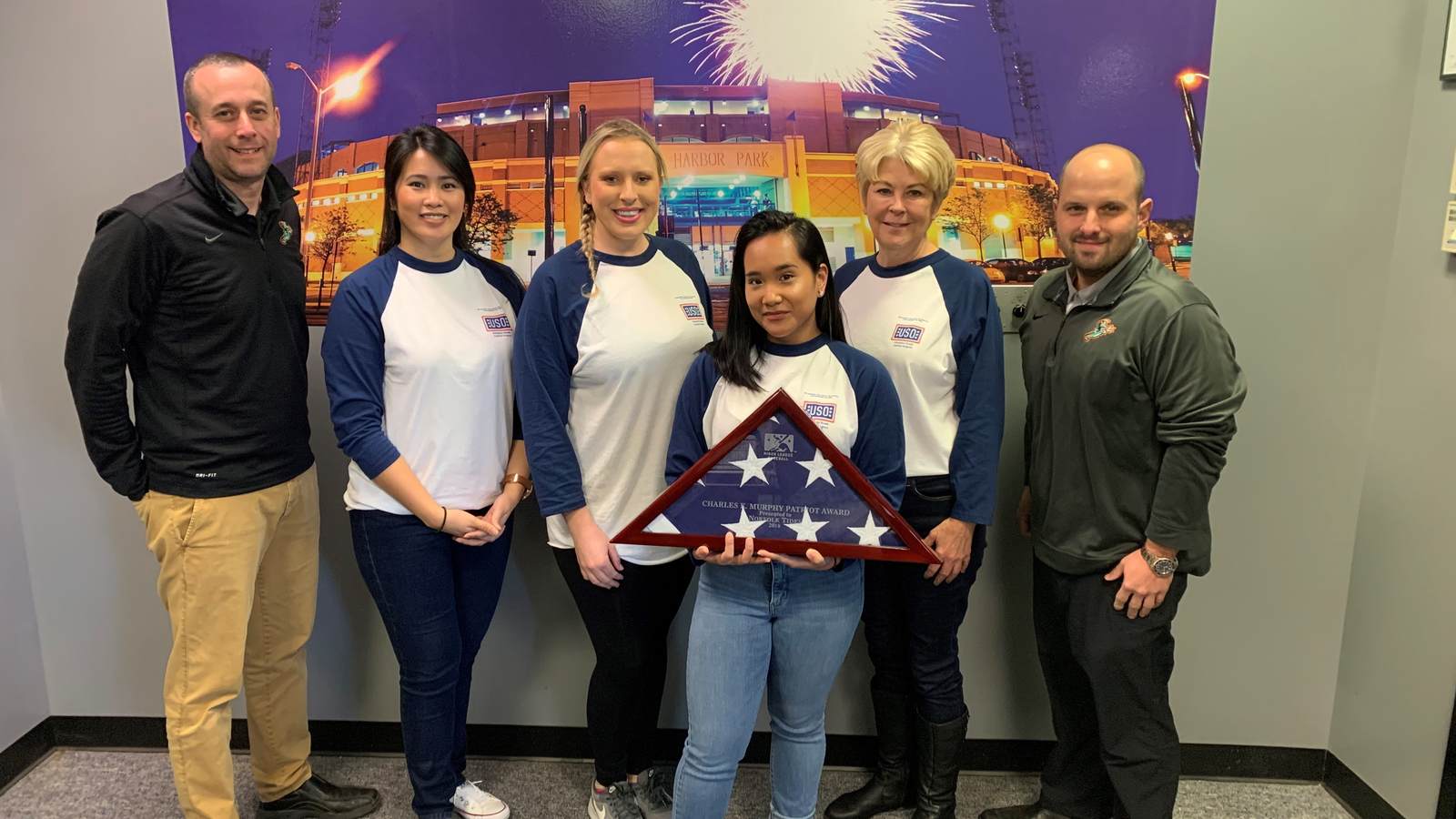 When it comes to supporting local armed forces, the Norfolk Tides hit a home run. The Hampton Roads area is the largest military community in the country, and the Tides have gone above and beyond to recognize them during their season.

On November 1, 2018, the Norfolk Tides were awarded with the Charles K. Murphy Patriot Award. This award is presented to a team or individual in Minor League Baseball for outstanding support of the United States Armed Forces and veterans, both at the ballpark and in the community. For winning the award, Minor League Baseball Charities split a monetary donation between the Navy-Marine Corps Relief Society and the USO of Hampton Roads and Central Virginia (USOHRCV) on behalf of the Norfolk Tides Organization.

This award comes as no surprise, as the Norfolk Tides have made tremendous efforts in recognizing and honoring our military. During their 2018 season, the Tides held nights dedicated to each branch of the Armed Forces, offering special discounts. In addition, they participated in a season-long Salute to Service, where the team honored a fan-nominated veteran to be saluted for their service. Fans also submitted photos of active duty military and veterans, which would scroll on the video board during every home game. They’ve distributed thousands of free tickets to military families and veterans, and made annual contributions to the Chief Petty Officer Scholarship Fund. Finally, Tides players and coaches also got involved by holding a free baseball clinic on the field at Harbor Park for children living in the Lincoln Military Housing community.

Some members of the USOHRCV Administration team were able to stop by Harbor Park this week and thank the team in person for their outstanding job in connecting our local military to family, home, and country, through America’s favorite pastime. Thank you Norfolk Tides for Being the Force Behind the Forces!