It All Started at Fort Lee: A USOHRCV Love Story 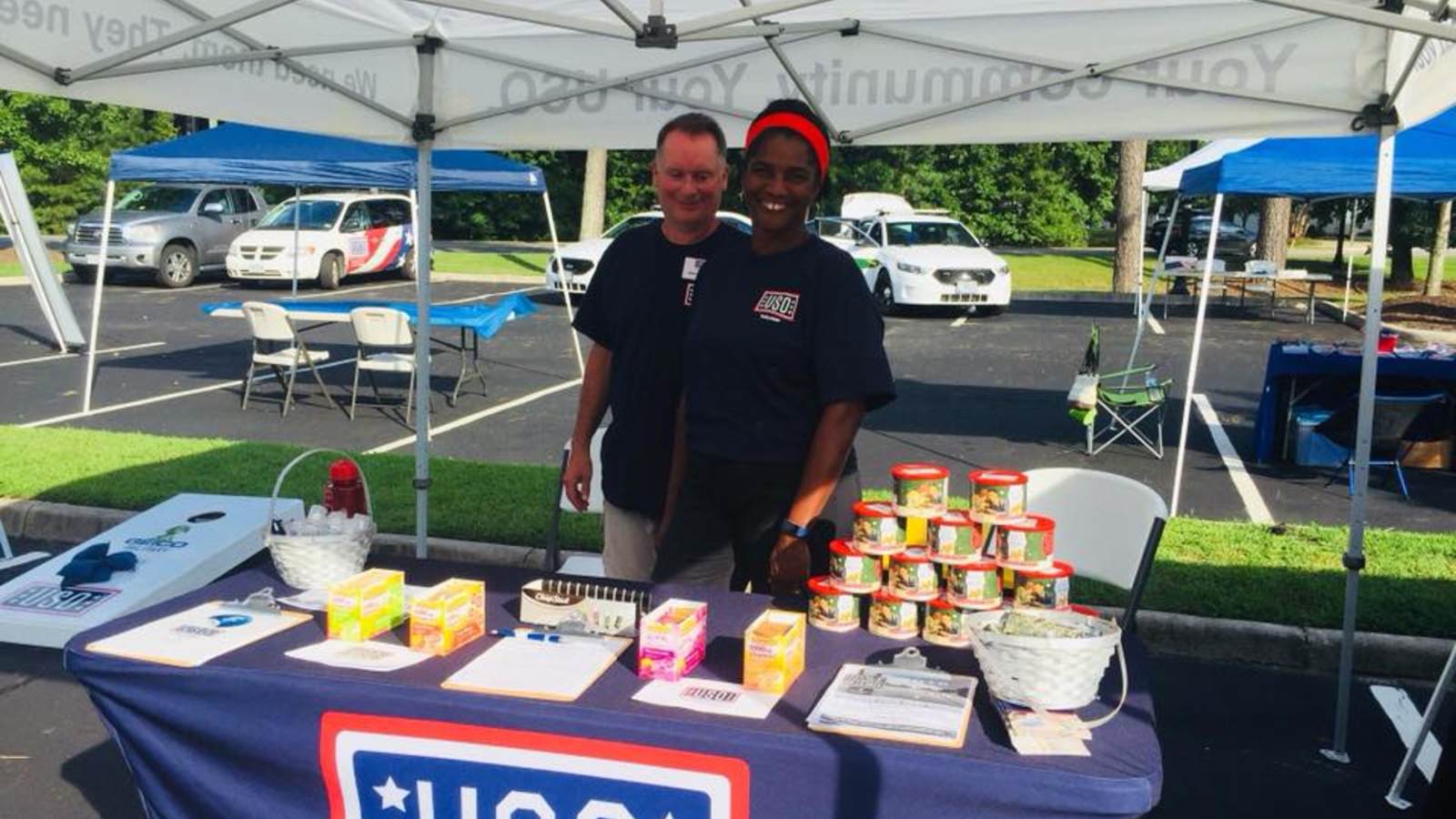 Our volunteers are the oil to our machine, and often times they are retired service members with a passion to give back to their military community. This was true for Daniel Bolvin who started volunteering at our USO Fort Lee center in March 2012, and Carolyn Dessasure who started in October 2017. Daniel and Carolyn started out as co-volunteers, then grew to friends. They married on May 2019. It all started with a volunteer shift at the USO center on Fort Lee.

Carolyn, a retired soldier from Fort Lee, chose to dedicate her time to the mission of USOHRCV, stating" The USO has always been part of my world, what better way to give back?“. Former Fort Lee volunteer Andrew Williams also played a huge role, inspiring her to make a difference through volunteerism.

Daniel served for 6 years in the Army and he credits the hardships he faced as a service member as his motivation to give back. Ever since his time in uniform, he wanted to make a difference especially when it came to the food provided to service members.

In addition to serving and volunteering, another thing they have in common is an interest in hiking and walking. Carolyn, who frequently hikes with a group of outdoor enthusiasts, heard Daniel mention that he enjoyed going on walks to debrief, relax and "find himself.”

She invited him on a hike along Petersburg National Battlefield at Fort Lee on November 18, 2017. This was a turning point in their relationship. “After that hike, he saw me on a different level,” Carolyn said. Their talks about life, their children, family, and their interests on that hike sparked something that grew into a loving relationship.

Thank you, Daniel and Carolyn, for your service and your dedication to the mission. We wish you the best of luck in your union!